Bernama) - Umno is open to having discussions with PAS on Malay unity but such talks must be held without any preconditions, Prime Minister Datuk Seri Najib Razak said yesterday. “We (Umno) are always open but they (PAS leaders) must not impose preconditions and insult Umno in their speeches. If we want to talk, we must not condemn each other,” the Umno president told reporters after attending a luncheon with Sabah Chinese community leaders in Kota Kinabalu, Sabah.
Najib was asked to comment on a statement by Perak Mufti Tan Sri Harussani Zakaria yesterday that some Umno and PAS leaders have approached him recently to seek his opinion on how best to unite the Muslims.
Harussani had gone on to explain that he was not a politician and could not make a decision in the matter. Najib said Umno have maintained its stand on the proposed talks but it appeared that PAS had other considerations and wanted to include the issue of oil royalty claimed by Kelantan in the discussions.“It is up to PAS to determine its stand. We do not want to keep repeating the matter,” he said.
Ehh. ari tu Najib bilang UMNO kuat tak perlu pun PAS.. 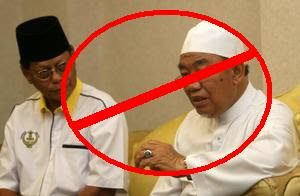 Sorry, no more talks with UM-NOmore. 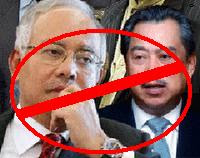