A MUST READ ARTICLE - Another RM935 Million Khazanah Fiasco: Time For MACC Or Royal Commission

By Syed Akbar Ali
This is the third time in as many weeks that we hear Khazanah losing hundreds of millions of taxpayers Ringgits or putting hundreds of millions of taxpayers Ringgit at risk. Tun Dr Mahathir raised the issue of Khazanah’s failed (I would say criminally negligent) investment in some far fetched, hairy fairy tuna wrangling venture. They are believed to have lost about RM120.0 million of taxpayers money (at the very least) in that venture. The tuna boats are not catching any tuna now. They are catching the wind in Langkawi. 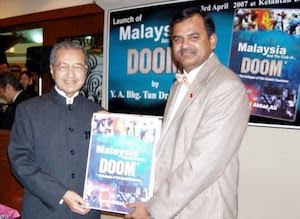