Umno will emerge as the biggest Islamic party

Umno claims to be the largest Islamic party in the world. Soon, about 100 ulama, the ex-Perlis Mufti included, are expected to join Umno, which will make the party more Islamic than PAS. Below is The Star report on the matter.
(The Star) - Speculation is rife that former Perlis Mufti Dr Mohd Asri Zainul Abidin will be among 100 highly-educated ulama to join Umno soon. It was reported in the Umno website that the controversial mufti would join the Dataran Merdeka Umno branch on Friday. Umno sources said the ulama were keen to make their debut in politics, and they were believed to have expressed a preference to join Umno. The sources denied that Umno was trying to create an ulama faction in the party to compete with PAS’ ulama wing. 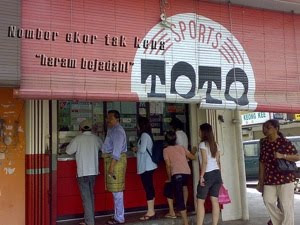